“ In 1926 I received a letter from a House in Milan with the order  to make some sketches for pencils posters. Finally I created four of them: Pencil Factory, Pencil Animal, Pencil Man and Beam of Colored Pencils. I had an urgent need of money, and for the first time I refused a cheque that I felt was  rather humiliating for my talent.
After some time I offered these sketches to another Milanese House.

I combined an order of 100,000 postcards and executed the colored proofs. The company showed these proofs to some of their provincial customers and probably they did not like them. The order was suspended. The expenses were refounded and the work went up in smoke.
For several months they lay under glass  in Milan. They participated in various exhibitions and then I passed them to a publisher. By him they travelled to various Italian cities to no avail.

In September 1928 they sailed with me on the Augustus. Once in New York they met the windows of the Fifth Avenue; the Galleries of Madison Avenue and Park Avenue. They met the workshops of the American Lead Pencil Co. in Hobocken. The moment I am writing, their originality  shines in my sixth show in New York, at the Advertising Club on Park Avenue.”

This beautiful story, in the words of Depero himself, makes us understand two aspects of his art.
On one hand the fact that his ideas were often ‘too far ahead’ to meet the taste of his contemporaries. They were rejected in Milan in 1926 and instead sold in New York in 1929. It is a lapse of three years that in the advertising  field is quite a long time.
The second aspect, which has often occurred in Depero, is what I defined long ago the “recycled idea”, in other words Depero never threw anything away, as he considered his projects always valid, therefore not outdated, though they were ideas of three-four-five years earlier.

Another example of this is the Campari puppet, the red wooden construction (see “Depero and Campari”). Well, this figuration was conceived by Depero around 1923 and proposed as a sign for the “Tamarindo Erba”: rejected. Revived at Campari in 1926 as a puppet to be placed on top of Bitter distributors: approved and built. Revived in New York in 1930 as a cover for “Vanity Fair”: rejected.
And there would be many other examples …
But among all let us dwell upon this  fine story of pencils precisely because Depero himself told us about it. 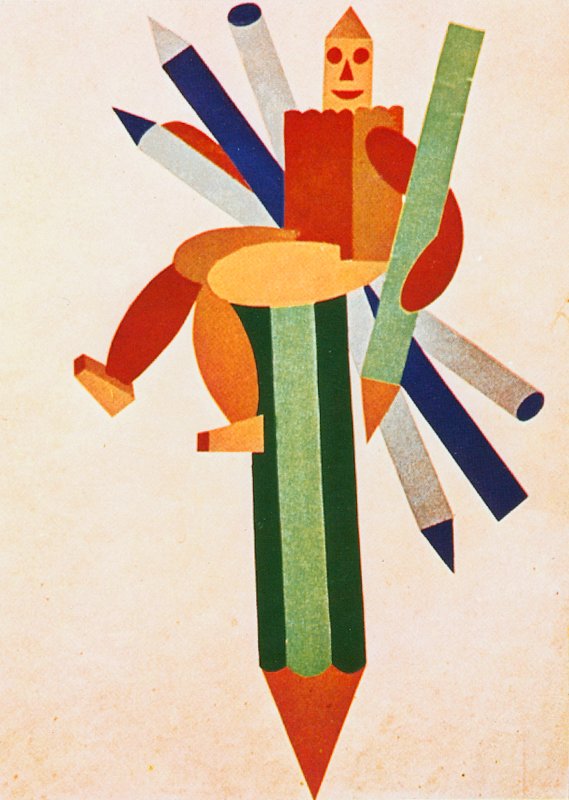 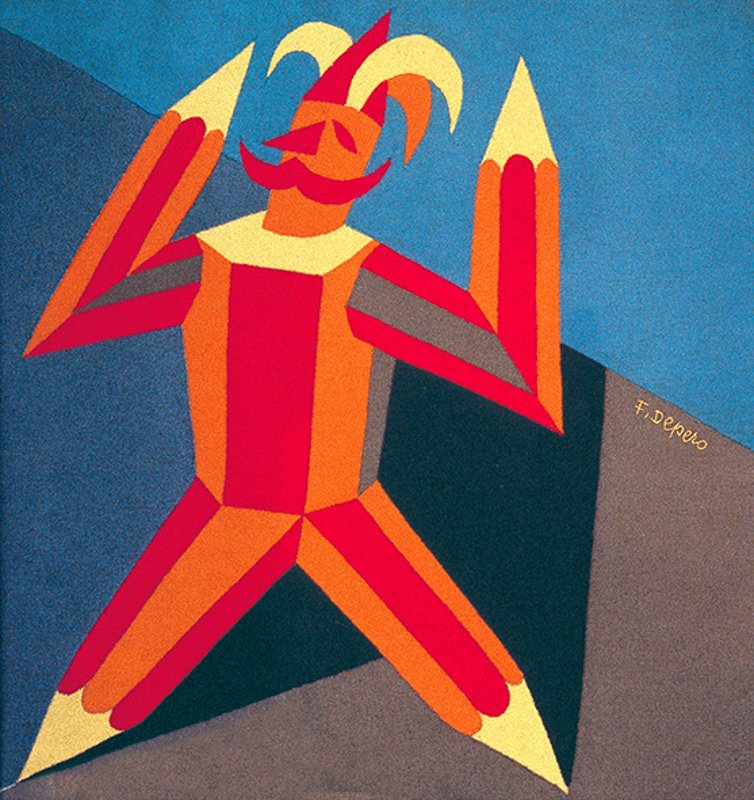 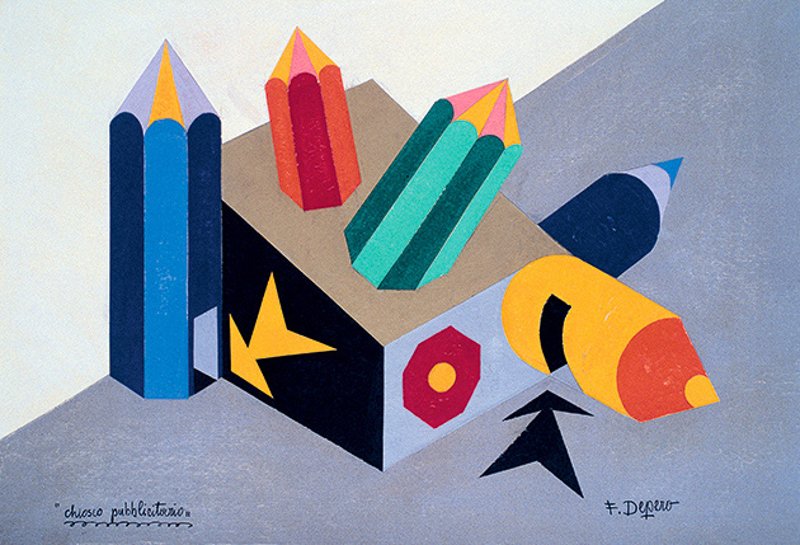 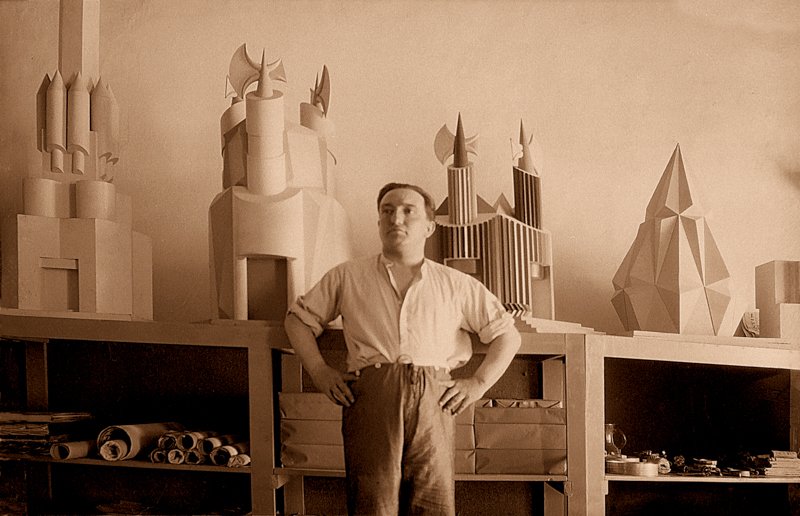 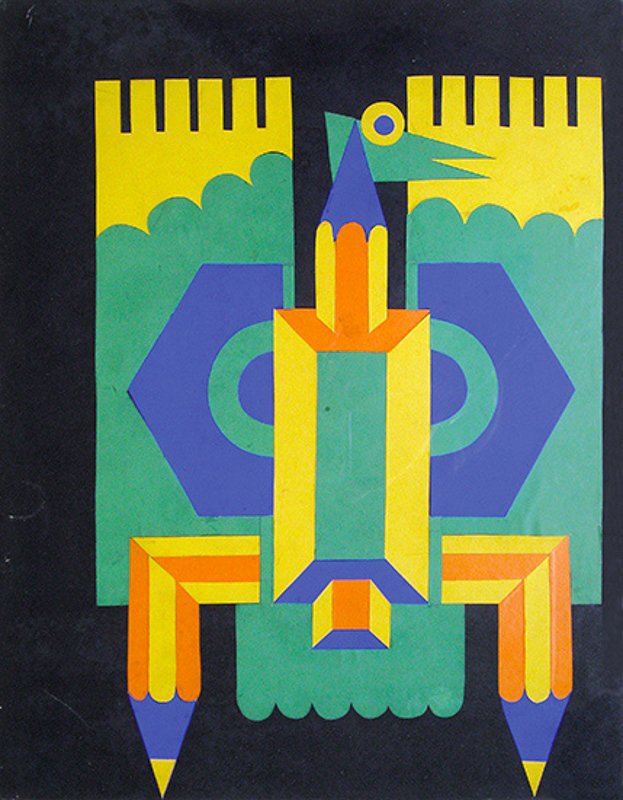 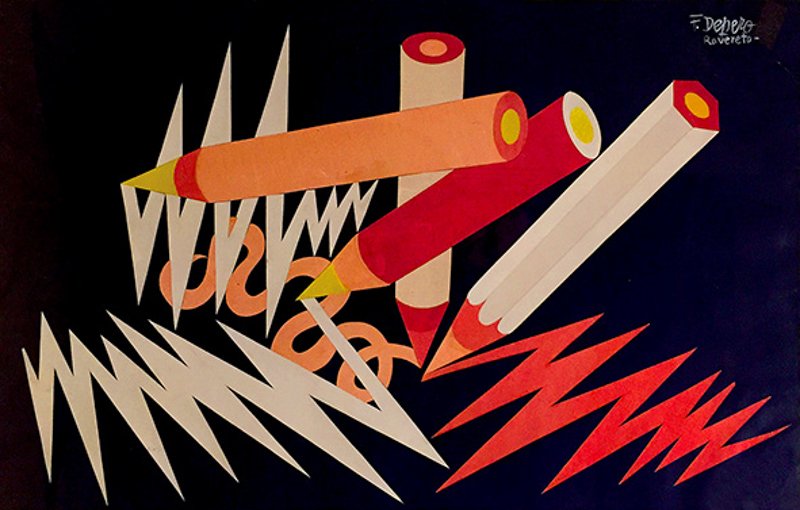 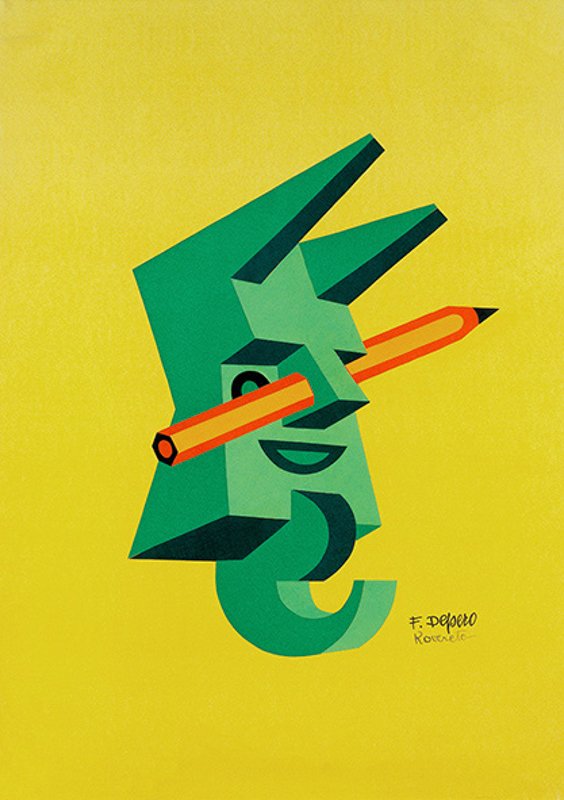 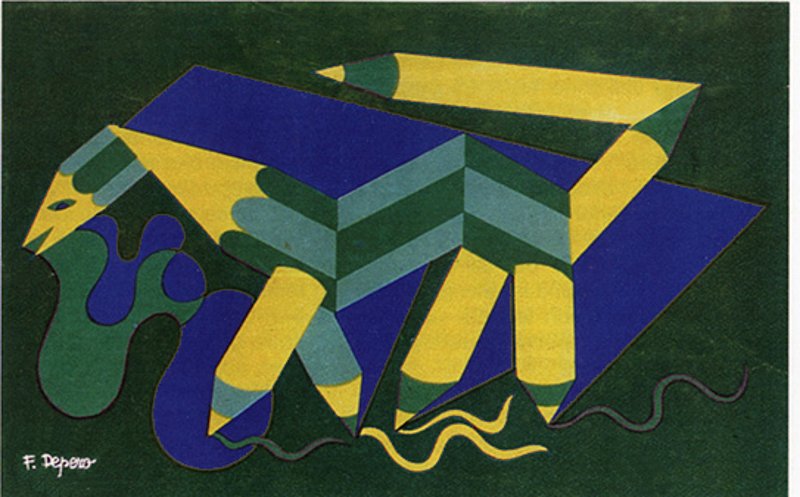 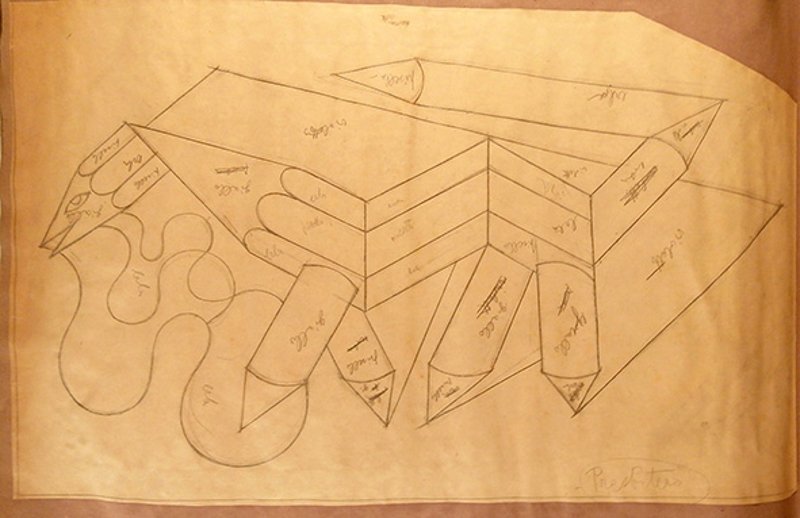 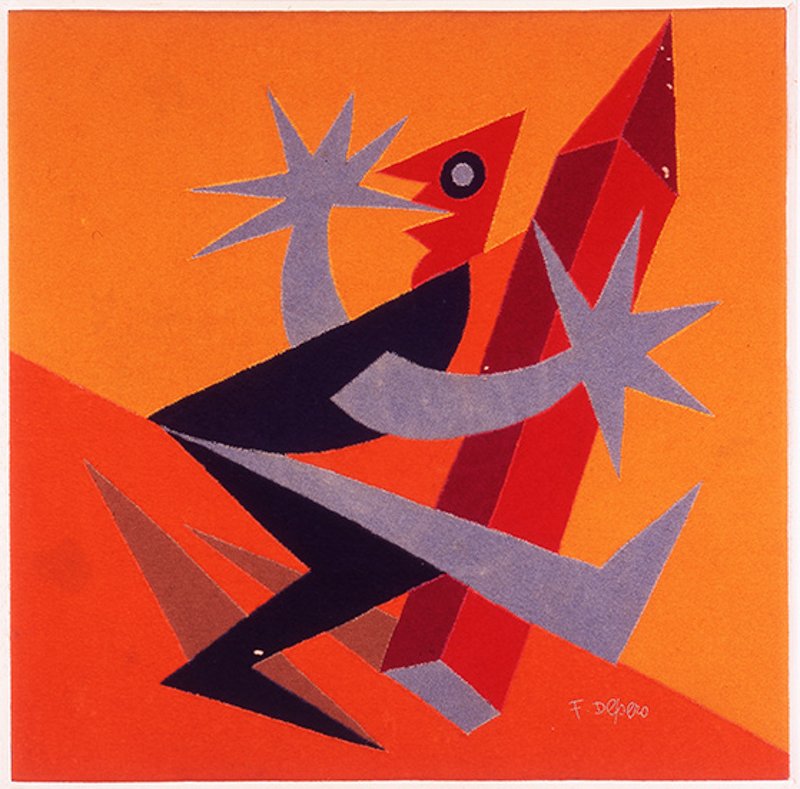 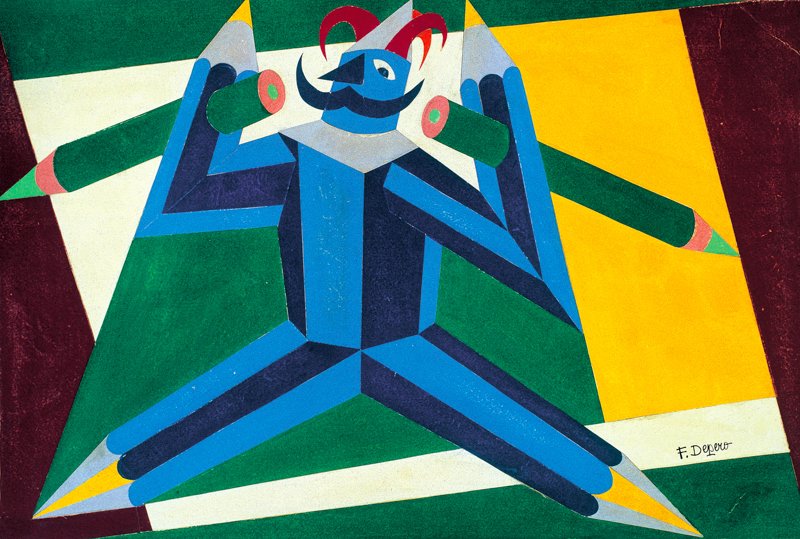 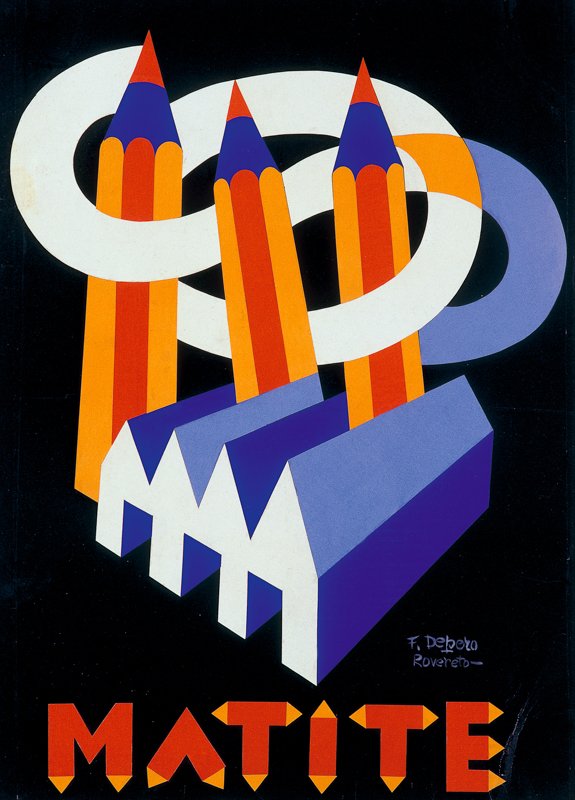 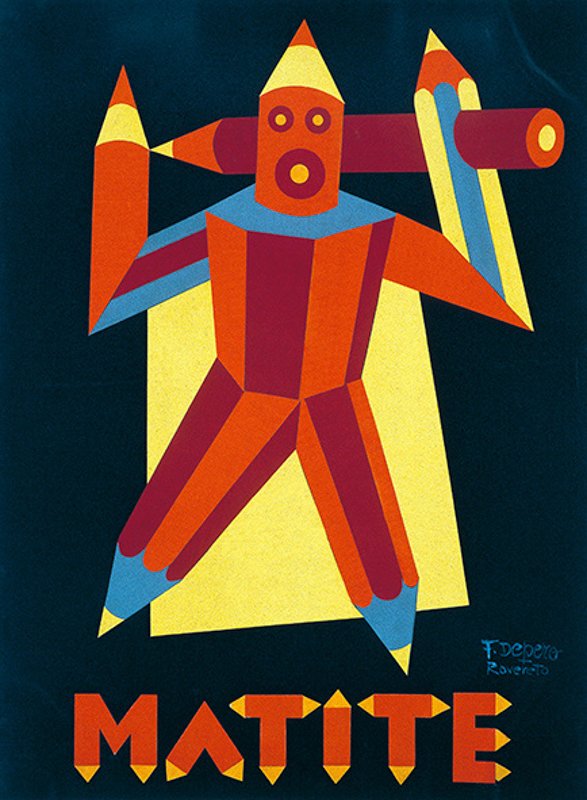 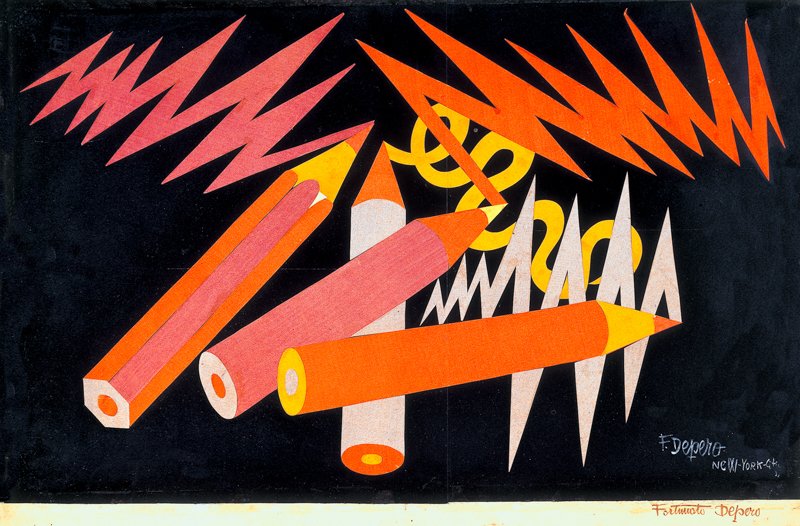 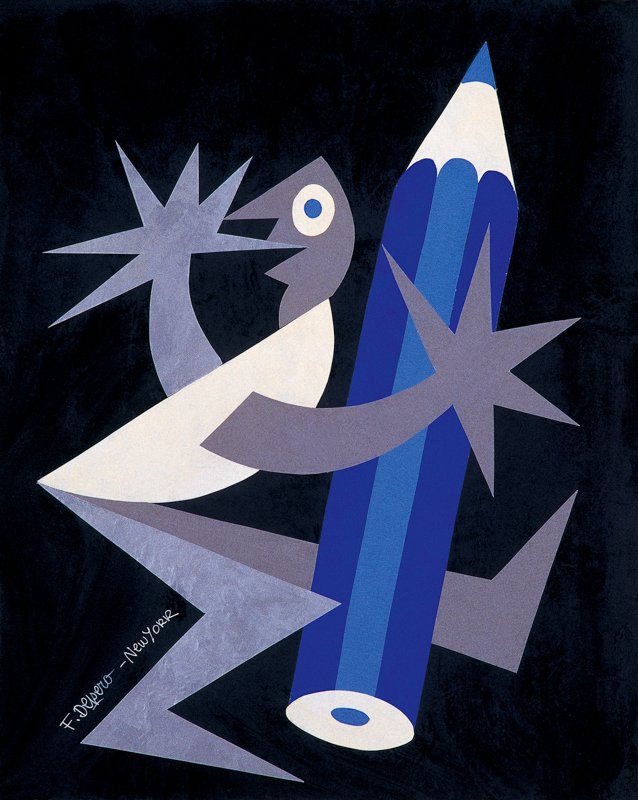 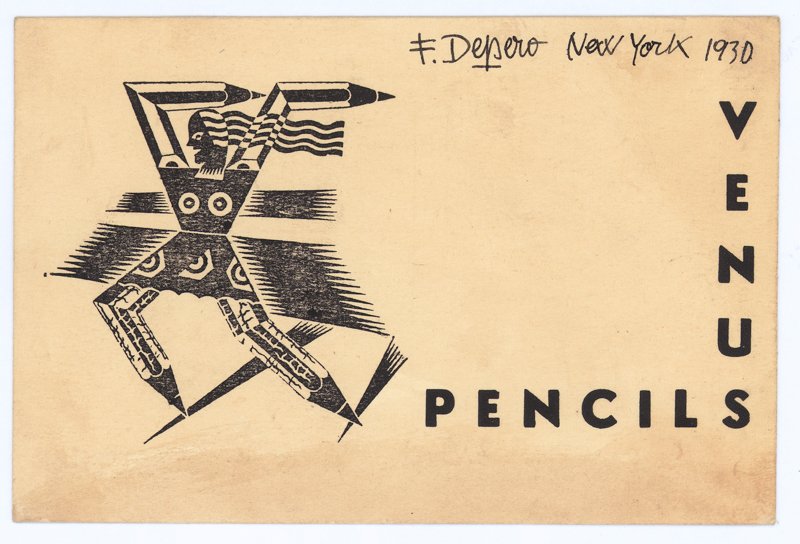